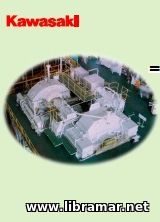 If further information should be desired or particular problems should arise which are not covered sufficiently for the owner's purpose, the matter should be referred to Kawasaki Heavy Industries, Ltd., Kobe, Japan. Contents - General description of the main propelling machinery; Construction; Operation and maintenance; Figures. 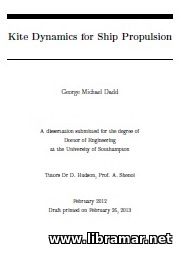 The kite propulsion has already emerged as one of the promising and attractive ways of harnessing the power of the wind to yield the financial and also environmental benefits. In order to better facilitate both design and optimization of the propulsion systems of this type, people have to possess a thorough understanding of the dynamics affecting the kite motion and all resulting forces.

The present thesis contains the results obtained from two line tension models and those results have been compared with the time histories for the flights collected during the experiments. Some new methodologies for the investigation of kite performance have been established. The first model is the "zero mass model" assuming that both kite and lines have no weight, while the second model - "lumped mass model" considers the mass of the kite and therefore makes use of the motion equation.

It has been determined that both models converge to same results in the limit where the mass of the kite is tending to zero. The publication covers such important topics related to the kite propulsion as experimental methods to record the trajectories of the flights, comparison of the models mentioned above, determination of the kite forces using 3D flight trajectories, fuel saving issues etc. 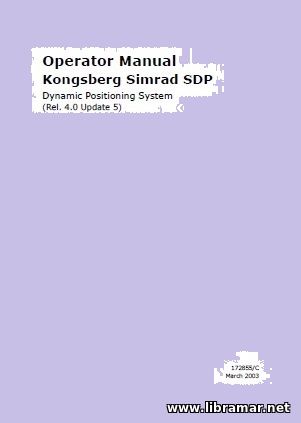 The Kongsberg Simrad GreenDP® (SDP) system is a computerized DP control system enabling automatic heading/position controls of a vessel. The system operator specifies the setpoints for position/heading; then, they shall be processed by the SDP system to provide thrust control signals to the ship's thruster plus main propeller systems.

The propulsion units which are currently in use are allocated optimum thrust by the system. The SDP system uses the information obtained from the gyrocompasses in order to control the ship's heading, and minimum one PRS, i.e. position reference system, lets the system control the position. 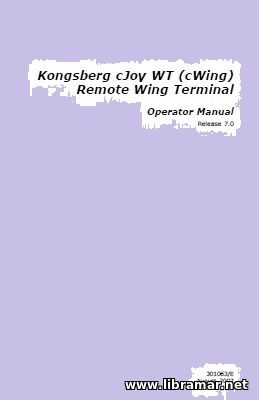 The cJoy wing terminal - cJoy WT (cWing) - has been designed and developed to serve as a remote joystick terminal in stand-alone joystick systems (cJoy) and DPS, i.e. dynamic positioning systems (cPos and K-Pos). The wing terminal provides all necessary facilities for manual joystick and automatic heading operations, and is designed for installation in an outside environment.

The layout of the wing terminal panel is divided into three main areas where controls and indicators are arranged according to their function. A must-have document for all personnel directly involved in the operation and maintenance of the subject systems.

LAGRANJAN ANALYSIS AND PREDICTION OF COASTAL AND OCEAN DYNAMICS 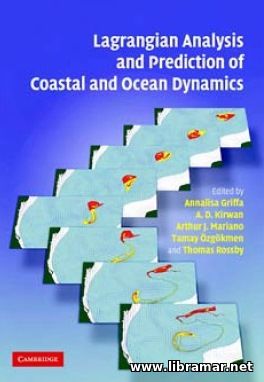 This volume has actually been motivated by the very recent surge in the availability and density of Lagrangian measurements as well as latest math and methodological developments in the field of analysis of the relevant data in order to improve the characteristics of the circulation models and many applications to dispersion of various biological species.

One of the main intentions of the present publication was to conduct a proper and thorough review of Lagrangian observations, as well as  the applicable methods of assimilation and analysis in both biological and physical oceanography; it is also intended to present some of the brand new methods of subject analysis and assimilation of the data, plus applications of the stochastic models from the studies of biological dispersion.

Some of the chapters of this book have been specifically prepared while others had been presented at various LAPCOD workshops. In fact, this work may be considered a very first of its kind due its core topic being the Lagrangian point of view applied to the studies of the transport phenomena in the oceanic flows. Another interesting and valuable aspects of this volume is the multi-disciplinary nature plus the contributions provided by the theoreticians and experimentalists and other professionals from very diverse fields, from marine biology up to the mathematics. 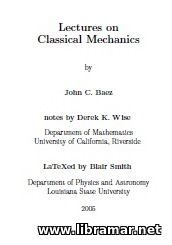 This is a very useful collection of the real lectures on classical mechanics taught by John Baez from the Louisiana State University. All lectures that have been included in this publication have been presented in four groups. The first group addresses Newtonian and Lagrangian approaches and give some historical background of the Langrangian approach.

The lectures that are there in the second group address the equations of motion, including the Euler-Lagrange equations, and also provide the correct interpretations of terms. In the third group there are lectures relating to the Noether's and Langrangian theorem, covering the time translation, symmetry and conserved quantities, relativistic particle and electrodynamics, alternative Lagrangians, the principle of the least action and geodesics; the lectures are supplemented with several example problems.

The final group is titled "from Lagrangians to Hamiltonians" and it is dealing with the Hamiltonian approach and equations, Hamilton-Jacobi equations, plus the regular/strongly regular Lagrangians. The classical mechanics itself presents a peculiar area of physics. For many years it as treated as the total of people's theoretical knowledge of the physical universe, but today it is considered an idealization...​ 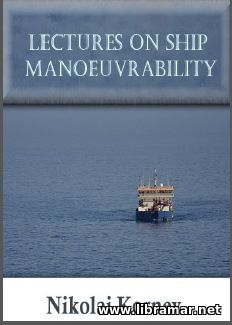 The book opens with a section dedicated to the general differential equations relevant to the dynamics of ships, and the aim of this section is the derivation of the equations covering the general body motion in both inertial and body-fixed reference systems with/without principle axis; here, the author has paid particular attention to the acting forces and moments that commonly arise from the acceleration through the water.

The second section addresses the equations related to the maneuvering of the vessels with three freedom degrees, including systems of coordinates, aims and assumptions of the ship maneuvering theory, all equations and exercises for easier understanding of the theory. The next section is dealing with the determination of the added masses, while the fourth section describes the steady maneuvering forces, including their representation and experimental determination, again with some exercises.

The sixth section covers the forces acting on the ship rudders including their general representation and determination of the associated coefficients plus the interaction between the propeller and rudder of the vessel. The remaining sections of the volume are dealing with the yaw stability, transversal forces acting on propeller plus the associated yaw moment, maneuverability diagram, application of CFD methods for the maneuverability problems, and other valuable and important information. 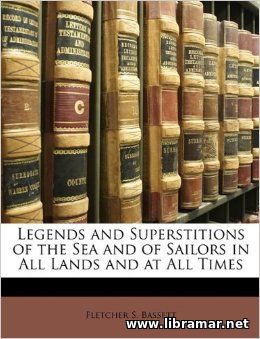 Very rare book first published in 1885, now digitized by Google, Legends and Superstitions of the Sea and of Sailors in All Lands and at All Times was written by Fletcher S. Bassett, Lieutenant of U.S. Navy. It is culturally important as it sheds the light on many almost loss myths and stories related to the sailing.

The characters involved include the Gods, Saints and Demons of the sea, wind-makers and storm-raisers, sea monsters and sea serpents, sea-giants and dwarfs, storm-raising deeds, and many others. It also tells the reader about sacrifices, offerings and oblations, ceremonies and festivals, as well as famous sea voyages.