An atlas of maritime history should include not only places and areas of naval interest illustrating alterations in the balance of sea power, but the ports and routes used by merchant shipping, because the latter forms an integral part, indeed is the basis of sea power, properly understood. Moreover, since maritime history is an aspect of economic and political history there must be some indications of the politico-geographical situation at any given point of time.

For such reasons the following maps, together with their explanatory texts and illustrations, aim at displaying the maritime history of the western nations from the time of the Greeks and the Phoenicians to that of the Americans and the Russians of the present day. This atlas is therefore addressed to those who are interested in economic as well as naval history, to those who are concerned with the story of maritime exploration as much as with changing patterns of maritime strategy. It is not a history of tactics (though diagrammatic plans of notable battles from Salamis to Leyte Gulf are included), or of the evolution of the ship, though there are numerous illustrations included in the text.

Rather, it illustrates a series of strategic and commercial situations seen in a geographical aspect. In a work covering such an enormous stretch of time it is obvious that only the most significant places and events can be shown. In the texts which accompany each map one is compelled to paint a broad picture with summary generalizations which may well deserve qualification in detail. I can only trust that the reader will be indulgent enough to accept such inevitable shortcomings and to overlook any minor errors to which the flesh is heir. It is hoped, at least, that he will be able to find the place he is looking for, whether it be Actium, Lepanto. Hampton Roads or Abu Dhabi.

The pageantry of maritime history, the opening of the ocean routes, the battles for supremacy at sea, the voyages of the great explorers and those of the merchant adventurers, whether from the cities of the Hanseatic League, the barracoons of the slave traders or the oil ports of the Persian Gulf, are here delineated. 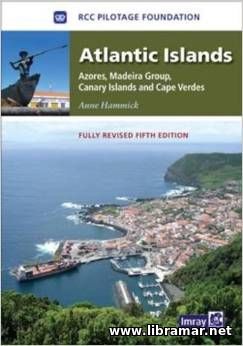 The content of the present work is based on the results obtained during the surveys carried out more than decade. All required corrections have been made from land-based and sea visits to the harbors and ports described in the book and using the valuable contributions by yachtsmen visiting those ports and harbors and also from the officially released notices.

Note that the publication contains selected information and data and cannot therefore be considered definitive. It does not cover all selected info and shall not be relied for navigational purposes on alone. The book should rather be used together with other relevant hydrographic information. The author and publishers of this title hope that the information and data contained hereby will serve as the useful practical aid to all navigators.

Note, however, that the safety of the ship depends on the judgment of the Master who shall make all efforts to properly assess all available published and unpublished information. The plans included in this book shall not be used for ship navigation since they have been designed to support the text and it means they are to be used with the charts only. However, the author tried to locate the anchorage and harbor plans adjacent to the corresponding text. 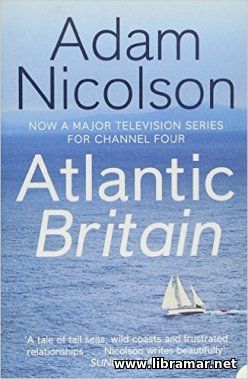 A fascinating story of the author's adventure in a boat all around the western coasts of the British Isles. This adventure started when he decided to leave his life in a cozy home in Sussex and go for the sea adventure. He has a 42-foot wooden ketch, the Auk, and was accompanied by a friend of him who knew a bit about sailing.

Adam Nicolson - the author of this interesting title - sailed off Cornwall to Scilly and then t western coast of Ireland prior to heading to the Orkney Islands and finally Faroe Islands. Note, however, that the present volume shall not be treated as just a travel journal. The author has written about his yearnings for the sea and open spaces.

There is an excellent and interesting dialogue running all through the content of this book with the author being between the various attractions of home/not home together with the certainties of what one knows and seductions of he or she does not. The publication is filled with the rich experience of the author presented in a very poetic and reflective manner.

This is a story telling readers about the marvels of the Atlantic coast and depicting the portrait of a man who has determined to check what it is all for, being somewhere in the middle of his life. Exceptionally well written book which is quite personal but still panoramic. Highly recommended to all sea lovers. 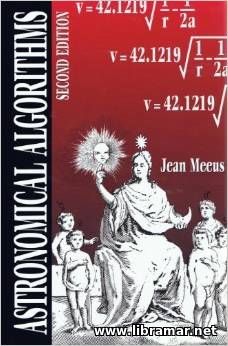 This volume is an excellent source of practical guidelines intended to be of use for the engineers, programmers and scientists who require to be dealing with the astronomical predictions or associated calculations. The readers are actually expected to have some mathematical knowledge, more than a basical, therefore this is not the best choice for the beginners.

This cookbook of algorithms provides a huge number of numerical problems commonly coming up in astronomy. The content makes it easy for the readers to use the presented algorithms for coding. Note that you will have to study more than just one chapter of this volume to get full understanding of the astronomical problems because none of them is easy.

The author has focused on the classical math astronomy, though he has also dealt with some of the astronomy-oriented math techniques, for example fitting curves and interpolation, data sorting etc. Astrophysics has not been addressed. Obviously, not all topics of math astronomy can be covered in a single volume so the decision was made by the author to select most important and useful ones for the inclusion in his work. The material is explained in a very clear and precise way helping reader to understand the algorithms. 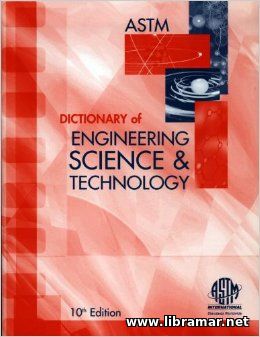 The book would allow all readers to reference technical terminology developed by different ASTM Committees. It is also intended to facilitate the comparison of technical definitions that have been created by technical subject experts in many different disciplines. There are all almost thirty thousand standard technical definitions contained in the present edition, i.e. over seven thousand new terms when compared to the previous edition.

You will easily get the proper explanation of the technical terminology not commonly found in most technical dictionaries. It makes better and much faster use of the standards developed and released by ASTM, and let the reader know how the given technical fields use the terms.

Each of the definitions contained in this dictionary was written with the professionals active in their field and reflects the sense in which it is used; it also provides the proper designation of the standard in which the term is being referenced and Committee that worked on the standard and developed it. 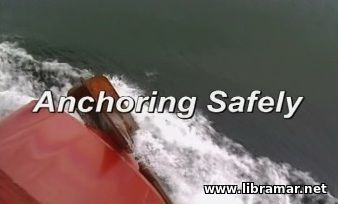 Here is the officially released video training file dedicated to the problems of the anchoring and mainly addressing larger vessels. From Hong Kong to Rotterdam, Singapore to New York, the past twenty years have seen a massive increase in world trade and, with it, the volume of world shipping.

Too frequently amended schedules and orders has been added even more time at anchor, waiting for berths to become free, demanding ever more care for masters, crews and pilots concerned for the safety of their vessels. For the past twenty years have seen over a thousand anchor related incidents, mainly among the largest vessels. Anchors have been let go in the wrong place, at the wrong time, in the wrong way... the costs, expenditures and equipment is immense and poses the awkward question - do those responsible properly understand the basic design principles and limitations of their anchoring equipment?

In addressing this question head on and since most reported incidents have been aboard the large vessels, our program looks closely at two separate anchorings aboard the same bulk carrier plying between Europe and North America. In illustrating here what is best in anchoring practice, we should also point out the pit falls for ships of all sizes...

AN INTRODUCTION TO THE GRAMMAR OF ENGLISH 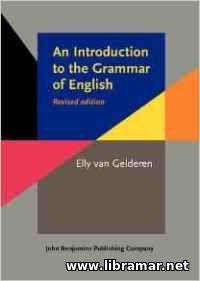 This grammar book offers its readers the truly excellent explanations of grammatical terminology. The author has formatted the publication in a very reader-friendly manner making it so easy and interesting to use. It may be considered a fully adequate textbook. This edition of the book in the second one, it has been completely revised and updated, taking into account the input from the readers of the first release, their notes and recommendations.

The publication has been significantly expanded and now includes much more texts and example sentences, cartoons and exercises. The intention of the author was to introduce the very basic grammar concepts in a way that would inspire the readers of the book and learners of English language to use the linguistic arguments. The book is mainly focusing on the syntactic analysis and evidence. It has been prepared for students of undergraduate level but will of course be very useful to students of any other level and even for the self-studying.

A good and comprehensive glossary of the grammar terms is also there in the book. The keys have been provided to each of the exercises and sample exams, to control the learning process and for better tracking of the progress.

AN INTRODUCTION TO THE CHEMISTRY OF THE SEA 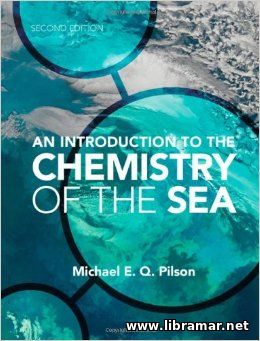 The offered release of the world popular book by Michael Pilson dedicated to the marine chemistry, has been seriously expanded to be fully updated with all recent developments and is now providing readers with the easily accessible introductory information that is directly related to the chemistry of the sea. The author of the volume has highlighted the geochemical interactions that exist there between ocean, land, climate and atmosphere, enabling readers to duly appreciate the link between different systems and processes, elucidating the variations in the chemical environment of the ocean, ranging from deep to surface waters.

The content of the volume has been presented in a very clear and engaging manner, providing all students in marine chemistry/oceanography with the basic tools commonly required for better understanding of the ocean chemistry. The appendices that supplement the main body of the book are presenting some additional info on the properties of the sea water, key constants and equations used during the calculations related to the oceanographic processes. The popular problems have been addressed there at the end-chapters plus summaries allowing the easier review of the material; in addition to the above, there is a very good glossary of terms that are used and list of supporting internet resources.