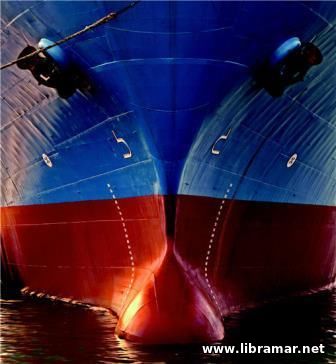 The human ear has certain interesting characteristics. The normal hearing range for a young person extends from about 20 to 15,000 Hertz (Hz) (cycles per second), with the greatest sensitivity around 1,000 Hz. Aside from the noise attributes of loudness and annoyance, there is the factor of physical tolerance to noise, that is, the noise sound-pressure levels which the ear can stand without discomfort or damage.

The effect of noise on the human being with regard to hearing loss and communication has been studied and design criteria established through extensive habitability research in naval ship design. The effect of noise annoyance is, however, not as well defined. The wide range of noise levels' which various persons find disturbing makes this aspect of noise control more subjective and difficult to define. Factors which influence a person's reaction to noise include interest of the listener in the sound, whether the noise is unnecessary and could be avoided, the degree to which the listener can disregard the noise, the activity with which the noise interferes, the character of the listener.

For the more noisy spaces aboard ship, it has been determined that people can readily adjust to various 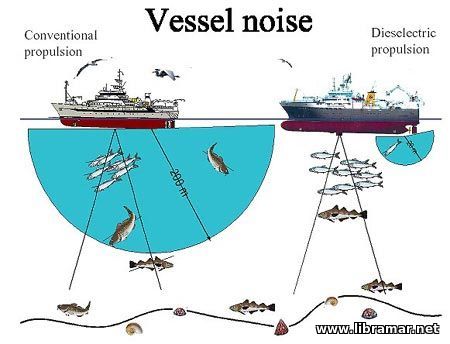 environments and actually consider them normal, once they are conditioned to accepting them, provided the environment includes no hostile sounds. How well the naval architect can handle the problem of acoustical habitability depends largely upon how well he can control the magnitude of sound levels and how much he can shape the noise spectrum in any of the various ship's spaces.

The reduction of noise within certain spaces may produce counter-productive results. For example, staterooms normally receive a high degree of isolation from passageway noise, however, the resultant number and location of general alarm bells must be carefully reviewed to assure audibility within all staterooms. Also, the enclosing of machinery control stations has prompted some reaction from operating personnel that not hearing the machinery has degraded their effectiveness.

The major sources of noise generation aboard ship may be categorized into flow generated noise and mechanically generated noise. Each of these general categories contains several elements each of which must be considered by the designer to preclude objectionable noise conditions aboard an operational ship. Flow generated noise is produced by a fluid in motion. The fluid may be either a liquid or gas and may be either within the ship envelope or external to it.

Noise Generated by Ship Mooing Through the Water

Flow of water around the hull of a ship is almost completely turbulent, particularly in the bow and stern areas. The 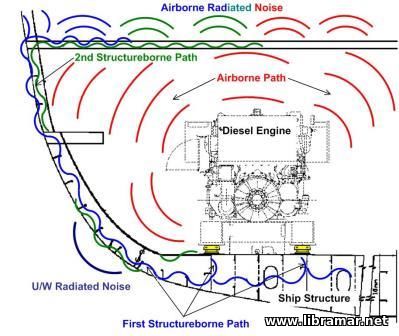 turbulent water flow path produces pressure fluctuations which tend to drive the hull plating into vibration. The resultant noise may be transmitted within the hull either as airborne noise or as structureborne noise. Discontinuities of the hull such as sonar domes, sea chests, and shaft struts function to increase the turbulence within the boundary layer thereby tending to be sources of external flow noise.

Several different types of noise may be generated by the ship's propeller. The two types of propeller noise associated with fluid flow include cavitation and vortex shedding. When a ship's propeller is rotated at high speed cavities can form and collapse radiating a loud and continuous noise. Also vortices are shed from the trailing edges of the propeller blades. If the frequency of this shedding corresponds with a resonant frequency of the propeller blade the blade vibration will radiate a loud ringing noise.

The noise sources within piping and duct systems are similar to those produced by the ship moving through the water and the propeller. The flow of fluid through a piping system may produce noise due to turbulence, cavitation and vortex shedding. In piping systems the noise may be intensified by the organ pipe effect of the pipe or duct. Restrictions or obstructions in the fluid flow path which increase the velocity are prime sources of cavitation and turbulence generated noise. Dampers and splitters within ventilation ducts may also produce noise due to vortex shedding.

Mechanically generated noise usually originates in rotating and reciprocating machinery. The sources of such noise may be the result of improper balancing, excessive tolerance between mating parts such as gears or the result of loose or worn parts. The characteristics of the machine and the noise produced may provide an indication of the problem area.

The acoustical aspects of controlling the ship's interior environment must be included at the beginning of the design process. In many cases, it is extremely difficult and expensive to correct a noise problem whereas the impact of 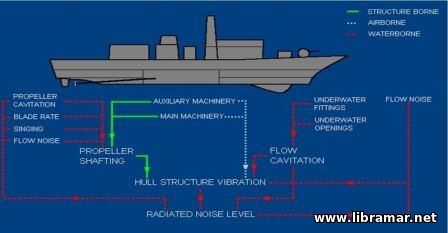 precluding the problem at the early design stage would be minimal.

When addressing the acoustic or noise considerations both the noise source and the transmission path must be reviewed. Control of noise at the source may be accomplished by improved dynamic balance of rotating machinery, limiting velocity within fluid systems, avoiding turbulence within fluid systems, improved tolerance between mating parts, and application of suppression material to the noise source. In addition, the noise level within spaces such as staterooms may be controlled by locating them as remote as practical from spaces having a higher noise level. For example, it would not be prudent to locate a stateroom adjacent to a fan room.

Noise may be transmitted from the source to other areas via the structure as vibration, as airborne noise or as fluid-borne noise. Structureborne noise usually originates at machinery or equipment foundations. Transmission of noise from a machine to the supporting structure may be reduced by mounting the unit on resilient mounts or distributed isolation material.

Where such type mountings are used, isolation of the connecting piping or ductwork must also be accomplished. When resilient mounts are employed, care must be taken to assure the natural frequency of the mount does not coincide with the exciting frequency of the vibration source. 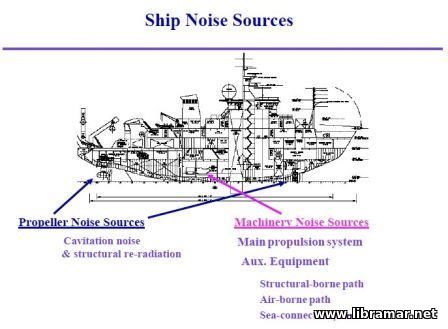 Airborne noise may be reduced by locating the offending unit within a space lined with sound absorbent material or, as in the case within the engine room, as remote as practical from the operating station.

Fluidborne noise may best be controlled by eliminating the source where practical. If a large pressure drop is induced by a single orifice in a piping system, consideration should be given to a multiple-step orifice thereby reducing the velocity through each step. If the source of the noise may not be eliminated as in the case of ventilation fans, absorbent material may be installed in the ductwork or, in some cases, the ductwork must be increased in mass to reduce the amplitude of response of the ductwork to the vibratory excitation.

With respect to naval vessels, acoustical considerations may extend well beyond the element of habitability due to the nature of the ship's function. The methods employed aboard submarines, for example, for controlling noise are several orders of magnitude more extensive than those normally encountered in merchant ship practice. 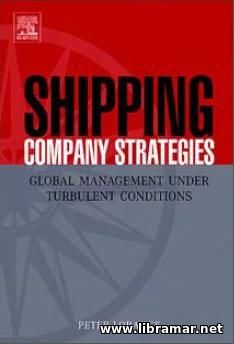 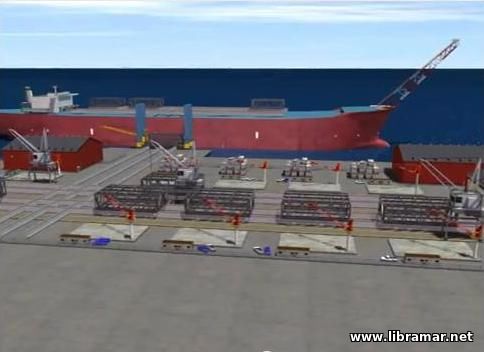 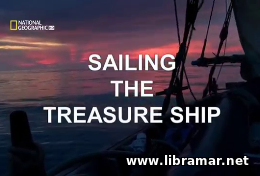