How Does a Rudder Work? 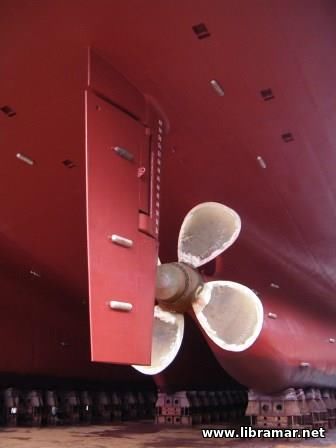 Rudder evolved from steering board that was used in ancient times. Steering board was usually mounted on the right-hand side to suit right-handed sailors. In time, the steering board moved to a centerline through a stock passing though the vessel. A tiller was then attached to the stock allowing sailors to control the rudder from the main deck.

The basic setup continued right up to the modern times. You can still see the modern rudders carrying same characteristics as the original steering board. It is a small flat board mounted on a stock passing through the ship. Let us have a look on how it works.

Here we have a simple hull and I am just going to attach a normal rudder to the stern. If we keep a rudder amidships, we can 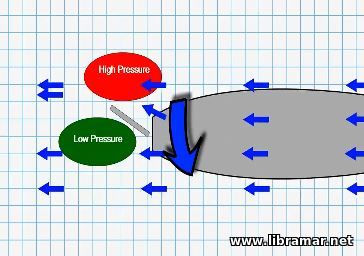 watch how the water flows around the hull-rudder combination. It flows evenly and this means there is not turning force generated. So, the hull should move in a straight line. If we now turn the rudder to port, we can see the effect it has on the flow of water. This board type rudder has now directed the water in a different direction. The water is being directed at an angle away from the boat. The extra water increases the pressure exerted on one side and decreases the pressure on the other side. This pressure difference pushes the stern in the direction shown by the arrow, inducing the desired turn to port. As a speed of the water increases, effectiveness of the rudder also increases. This why the rudder appears more sensitive at higher speeds.

But what if we now change the shape of the rudder slightly? We could make it resemble the wing of an aircraft. Aircraft wings generate lift by forcing air to flow quicker across the curve top surface of the wing. This kind of sucks aircraft into the air and this is far more efficient that just using a flat wing at an angle. If we apply this 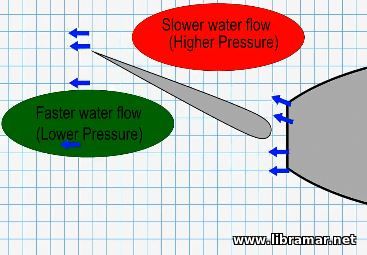 principle to a rudder, it gives us a new shape shown on the picture. We will call this the airfoil shape. Again, when the rudder is amidships, there is no deflection in water flow so the boat remains in a straight line. If we turn the rudder, again the water will be deflected off to one side. This time, however, the shape of rudder forces water to run over curved path. The water on one side will have to flow faster to flow around the rudder. Water on the other side, conversely, has to flow slightly slower. This speed variation adds to the pressure difference generated by deflection alone that we saw before. The side shown in red is actually higher pressure than it was for a flat rudder; likewise, the side shown in green is even lower pressure than it was before. All it means is that for a given speed of water the curved airfoil shape rudder will turn about more efficiently than a flat rudder.

Let us now we modify the shape further by adding an additional flare at the end. We call this a fishtail, or a Schilling rudder – 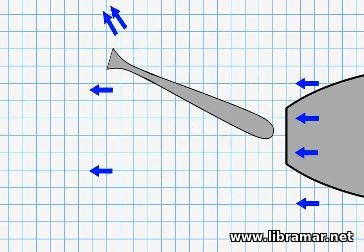 such arrangements is in use on many ships due to the increased maneuverability at slower speeds. Again, the water flows evenly around the rudder when it is amidships. This time, when we turn the rudder, we can see the additional water deflection. We have the same initial deflection as we did with the board rudder, we have the flow speed differential we did with airfoil, and now we have the additional deflection created by the flare at the very tail of the rudder. This reduced that wasted water flow that was previously flowing around the edge of the training edge. This combination acts to further increase the efficiency of the rudder. If it is more effective at the same speed, the logical deduction is a less water flow to generate the same turning effect. These rudders are more effective at slow speeds, making them particularly useful for slow ship handling.

The final type of rudder we are going to look at is an active rudder. If we go back to the airfoil shape, at this time we are going to break it near the tip, the tip can then be linked to the main body of the rudder by mechanical linkage that forces it to turn further that the main rudder. For example, if you turn the rudder to ten degrees, the mechanical linkage will turn the turn the tip of further ten 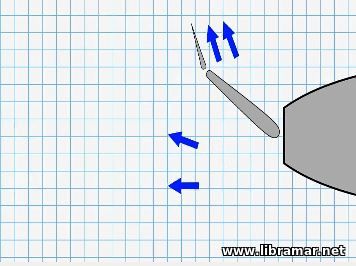 degrees. This applies throughout the whole range of movement of the rudder; at 35 degrees the tip will be 35 degrees further, which is 70 degrees from the direction of movement. We call this type of rudder the flap rudder or Becker rudder. Becker is the name of the man and the company that developed the rudder, so it is actually just a brand. When we look at the water flow diagram for a flap rudder, we can see again that amidships there is no turning force generated. When we turn the rudder, we have the same change in the water flow as before, much like Schilling rudder, the flap rudder generates that additional increase at the tip. This time, however, the increase at the tip continues to increase even further the further you turn the rudder. When the rudder is hard over, the tip is practically directing water sideways. This makes a flap rudder one of the best options for very slow ship handling. This rudder is very effective at slow speeds.

With all of the rudders we have looked at, you see that water flow is needed for them to work at all. On a sailing boat, boat needs to be moving for a rudder to have any effect. On a motorboat or on the ships that are powered by engines, you have got two options – either you need to be moving through the water, or the propeller needs to be turning, pushing water across the rudder. Another thing to think about with rudders is that you do not want them to stall in the same way that if an aircraft points up too charply they will stall, if you turn the rudder too far, it is going to stall. 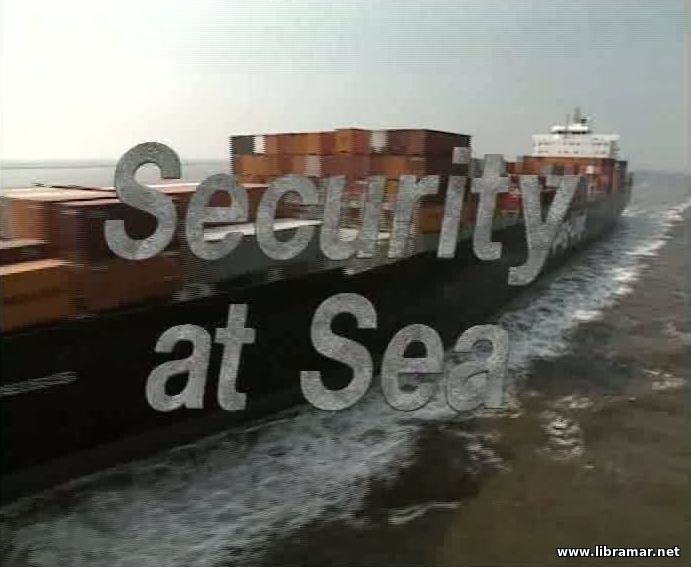 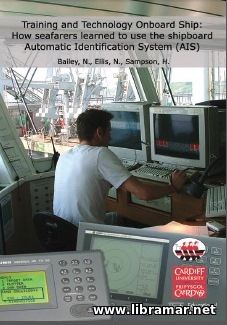 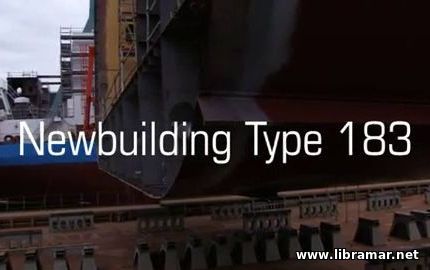