Why is the Command Center of a Ship Called a Bridge 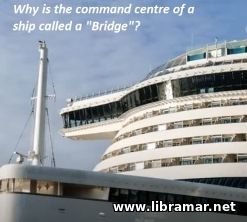 Have you ever wondered why the command center of the ship is called a “bridge”? The reason actually comes from history. We can start by going back in time right back to the early days of sail. Ships were a lot smaller and of course steered by a rudder, connected to a tiller, which was operated by the coxswain.

The term coxswain literally translates as servant of the boat. The area that housed the tiller became known as a cockpit or literally the pit where the controls of the boat are located. This has continued into modern day as the area of any vehicle where its controls are located. The cockpit of an airliner is probably the most well-known example. But you also find cockpits in spacecraft and cars, particularly F1.

Over time, the tiller was replaced by wheel; instead of connecting directly to the rudder, the wheel connected using ropes and 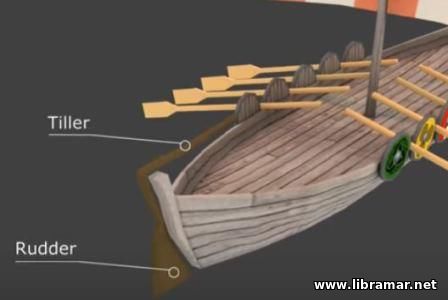 pulleys. This gave in the distinct advantage of being able to be displaced from the very stern of the ship. At the same time, the design of the entire ship was also changing. Ships were growing ever bigger and their hulls were getting covered by more and more decks.

The biggest deck was the one covering the entire ship – it was the main deck. The one that we are interested in, however, is the quarter deck, i.e. the one aft of the main mast. Famously, it was from the quarter deck that Horatio Nelson was shot and fatally wounded at the battle of Trafalgar on 21st of October 1805. For our purposes today, however, the quarter deck was the deck that housed the ship’s wheel. Just like the tiller, the wheel was often operated by the coxswain.

With ships increasing in size, the coxswain had many jobs on board. When operating the helm, he was known as the helmsman. Unlike smaller boats, the coxswain was not in charge of the whole ship. He now fell under the command of the master or the captain. The captain would give orders and the helmsman would execute those orders. The entire control arrangement had grown in size from the early days of just a tiller and a coxswain – now we have added in a captain and the ship’s wheel not to mention the other officers, lookout, and ever increasing crew.

Despite the growth, the arrangement did still remain on the quarter deck at the aft art of the ship. The raised profile of the quarter deck meant that the captain could walk around getting a good view over the whole vessel as well as the seas around the ship. He could give verbal orders to the helmsman all the while walking around. 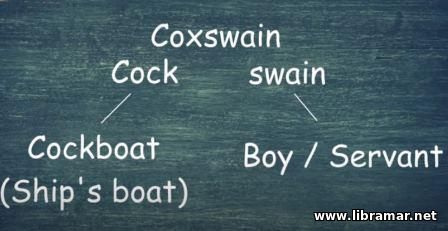 At some point the wheel was enclosed by a small structure which became known as the wheelhouse. The helmsman would be inside the wheelhouse, but the captain often remained outside preferring to get a better view all around. It was also easier to direct the other crew from outside. We are now talking about crew operating sails, guns, anchors, and all of the other ship’s equipment. Of course, wheelhouse is another term that has continued into modern day’s usage as the room that houses the controls of a vessel. It is most obvious on smaller boats like fishing bats, tugs, or small work boats, but it is also present on large ships as a part of the modern bridge.

As we move closer to the modern day, we know that wind power eventually gave way to steam – sails were first replaced by paddles, and the first paddle steamer was born. Paddle steamers are recognizable by their large wheels at either side. The wheels turn, propelling the ship forwards. Steamers were often still steered by rudder though some of them did have the independent paddle wheels which could run at different speeds to help with turning but, particularly at high speed, a rudder was better.

For steering, the same personnel arrangement also applied. The wheel was operated by the helmsman who took orders from the captain, but now there was a problem. From the captain’s traditional position on the quarter deck the view was now somewhat obstructed by the paddle houses. He could still give orders but could not properly see where the ship was going. The obvious solution would have been to climb on top of one of the paddle houses to have a great all-around view. Fortunately, there was a ready access as engineers needed access to the top for inspecting the addle blades. The captain could still climb up and still give 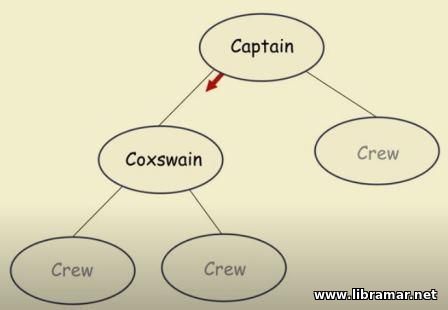 the verbal orders to the helmsman for steering.

In the interest of efficiency a bridge was often built connecting the two paddle houses together. This started as a bridge in the most literal sense and became the ship’s bridge as we know it today. The captain could command the ship from the bridge sending steering orders to the wheelhouse. And engine orders to the engineers.

As time moved further, the paddles gave way to propellers but the concept of the bridge remained. Accommodation areas replaced the paddle houses, and the bridge remained above. Further developments enhanced the capabilities of the bridge. Remote operation evolved allowing the steering to transfer to the bridge itself. Not just the wheel but the entire wheelhouse was literally built on the bridge. As engine controls became remote as well, these were added to the ever-expanding wheelhouse. For maneuvering, some ships would extend the bridge right to the center of the ship creating wings.

Of course, as navigation itself was conducted from the bridge chart room was also needed. The captain could plan the ship’s voyage and monitor his position from the chart room. With the invention of radio communications ships needed a radio room. In the beginning, it was simply located near the bridge. But, as radio navigation became important, the radio room itself was built onto the bridge. 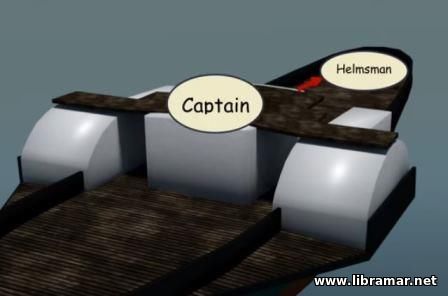 And now, we are finally approaching modern day configuration of a ship’s bridge. The bridge contains all the necessary elements for the control of the ship. You have got the wheelhouse which contains the controls for all of the equipment. The chart room contains the charts although this is now often condensed into a chart table within the wheelhouse or even to just to a computer display now, as electronic charts are gradually taking over. The radio room contains all radio communication equipment although, again, this is often just a terminal within the wheelhouse itself.

The wings extend out from either side of the wheelhouse giving the officer a good view down the side of the ship. Sometimes, there are even duplicate controls on the bridge wings, allowing the entire ship to be controlled from the wing itself. Above the wheelhouse you have the compass platform and this is where the binnacle is located, which houses the magnetic compass. Keeping it above the wheelhouse keeps it as far as possible from the other metal on board.

The modern bridge is a collective term for all of these control elements together. Although the original reason to describing it as a bridge has long gone, the term remains in use today. 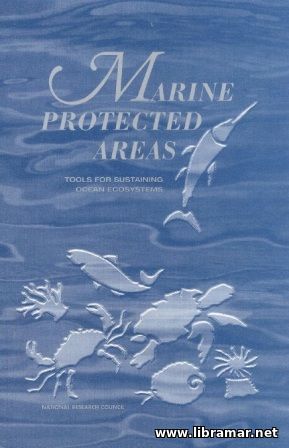 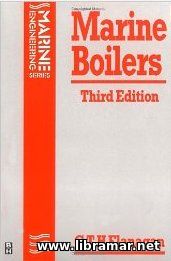 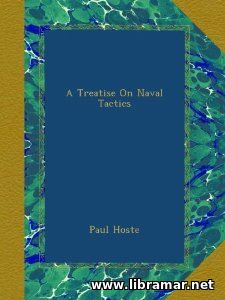