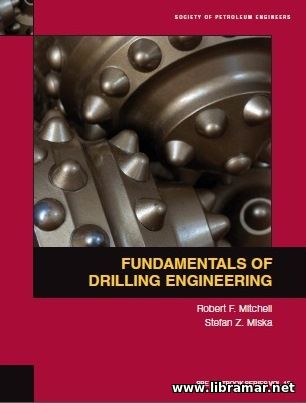 Here is the classic reference title intended to be of great practical use for the drilling engineers. The content of the book has been prepared by Stefan Miska and Robert Mitchell, two world recognized experts, applying a very technical approach when compiling the content. As a result of their combined efforts, the book is not difficult to read and the materials contained will be easy to understand even to the beginners; the illustrations and very informative.

We should still note that this is not the best choice for the absolute beginners and the readers are expected to have at least some minimal knowledge in the field. The title of the book says it all. The publication is full of very useful technical information and equations to be used by the practicing drilling engineers.

We would definitely recommend the present title to all people working in the drilling industry and looking for a good and comprehensive technical reference book. The content of the volume has been organized in a pretty sensible fashion and is easy to search. The crystal-clear pictures and informative data diagrams are supplementing the main text part of the book. It is a technical volume ideal for the specialists with moderate engineering experience.

THE NATURE OF BOATS — INSIGHTS AND ESOTERICA FOR THE NATURALLY OBSESSED 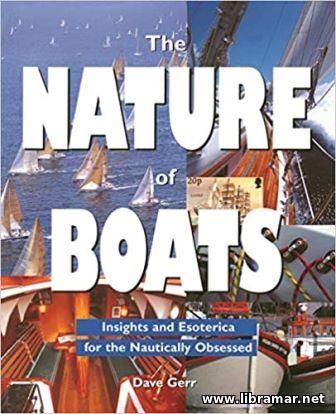 Most of the people who love boats and boating do suffer from the so called boat noodling which is actually just checking why the others’ boats are faster than yours. This is what exactly the content of the present publication is intended to help you with. The book was written by the professional naval architect who has provided the readers with a sort of antidote and a great reference tool that shall be used to get better and deeper understanding of how the boat ticks.

You will find here absolutely everything you would like to know about the boats, the coverage includes all types of boats, such as the powerboats, sailboats, cruising boats, dinghy boats, racing yachts, up to and including the megayachts. The text is presented in a nontechnical style making it readable and understandable to anyone.

The author has explained all aspects considered important to the boat owners, with all information presented in a clear and reader-friendly way. The book will be interested to all people willing to learn more about the boats and dreaming about having one. Studying this volume is the best ways to become better sailor, ready to handle any situation safely, professionally and effectively. Start here and you will succeed. 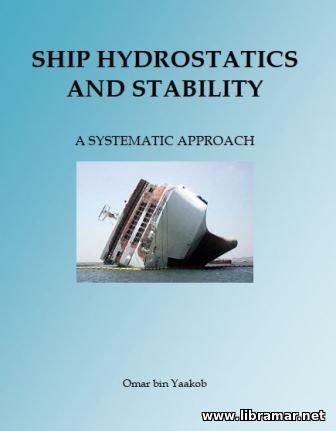 People have always benefited from the sea and its resources. For thousands of years the sea has serves as the source of food for them. In addition and with the course of time, sea has become one of the ways for transporting goods. Today, the marine transportation is considered a primary means of transportation. There are many different types of ships and offshore structures at sea, including both fixed and mobile installations.

All of them shall be designed and constructed in a way that will provide the safety of the people on board, and this is what the naval architecture is there for. The present publication covers one of the most important aspects, namely hydrostatics and stability of the ships. The content has been written having all readers in mind, including those with relatively limited technical and naval architecture background, and that is why the very basic terminology was used.

When working with this book the readers will get to know how to perform the essential calculations and have better understanding of the essential instruments that are in common use when performing the stability assessment of the ships. The content is very easy to follow and all of the material has been presented in a remarkably systematic way. 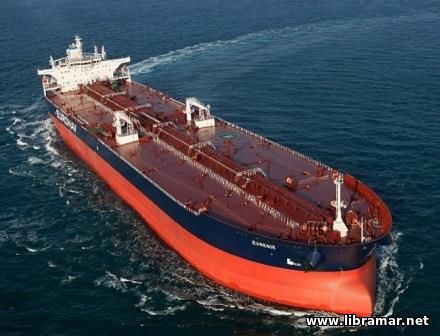 It is important that the naval architect recognize certain considerations which determine whether the vessel will be efficient in the trade for which intended. Two major elements are the economic factors governing the cargo, and the operating cycle of the ship when engaged in physical movement of the cargo.

Surface increases as the square and volume as the cube. Hence the cargo deadweight increases faster than the hull light weight. Further, it requires about the same personnel to move a large ship from point to point as a small one. These considerations of efficiency have promoted the growth of large bulk carriers. As an indicator of the economies to be realized, the Required Freight Rate (RFR), which is the ability to move a ton of cargo without profit, is often used.

However, there are some practical factors which militate against a continued upward growth in the size of vessels. It is necessary to examine the origin and destination of the substance being transported, and as well the route that will be followed between. Vessels of great draft are obviously limited in the ports they can visit and sometimes in the waterways they can traverse.

It was the stimulus of the closing of the Suez Canal in 1956, precluding the use of the relatively shallow Mediterranean Sea as a passage and forcing the much longer distances round the Cape of Good Hope, which provoked the idea of moving great quantities per ship the long distance from the Persian Gulf to northern Europe. At the destination, faced with the limited draft of most northern European ports, it was necessary to transfer into smaller vessels to complete the distribution process. 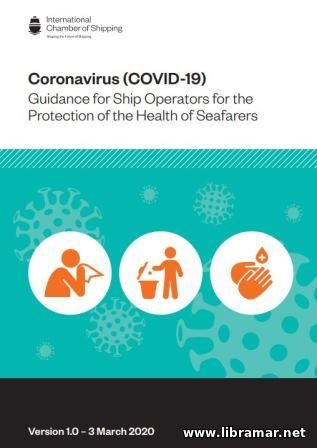 The present official guidance was prepared by the specialists of the CS, i.e. International Chamber of Shipping in response to the outbreak of the COVID-19 coronavirus and in order to provide the necessary support to the crew members of the vessels operating in international waters.

The main objective of the authors of this guide was to assist the shipping companies trying to follow the instructions that are issued by the UN agencies including the WHO, IMO and ILO. The COVID-19 virus was reported in China in 2019 and since then the number of disease cases has been growing; the geography of the virus has already expanded and covered almost all countries of the world.

Note that there is no vaccine readily available to prevent from or fight the virus. In the absence of the vaccine, we all need to be duly concentrated on the preventative measures that shall be taken as necessary in order to stop spreading the disease. We would recommend the present publication be printed and held on board every single vessel undertaking both international and domestic sea voyages. No doubt that carefully following all instructions and advice provided in the pages of this volume will eventually contribute to the health of the personnel on board. 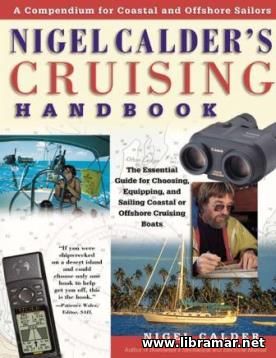 According to the numerous reader reviews, this publication is maybe the most helpful when used by those involved in the selecting the cruising sailboats and their subsequent equipping. It will be useful and practical to both offshore and coastal cruisers who will find inside the valuable information relating to the most important aspects, carefully worked and presented by the recognized expert in the field.

The material contained in the book has been arranged in two big sections. The first section covers the tabular method commonly applied for evaluating the stability of the cruising boat to check if the boat in question is suitable for sailing’ in addition, it addresses several ideas for the arrangement and layout on the deck together with the practical tips on choosing and configuring the boat systems and installation of the associated gear.

The second section of the publication deals with the boat handling and navigational skills; the anchoring, mooring and weather understanding matters have been addressed. The book is going to show the readers how they should choose, equip, sail and navigate their boats, and as such shall be treated as an indispensable reference on board every single cruising boat. 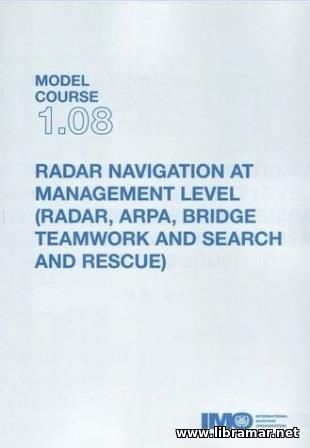 The ultimate aim of the present IMO Model Course 1.08 is to provide trainees with the knowledge and information required to meet the minimum established standards related to the seafarers competence in maintaining the safe navigation using the info obtained from the maritime navigation equipment installed on board as well as the systems intended to assist.

The content of the training course will give trainees the information on the proper use of the shipboard radar, AIS and ARPA/TT; they will also get to know more about the bridge teamwork and SAR operations. Note that the present course takes account of the other two courses, namely nos. 1.07 and 7.03, and we recommend that you check both of them for better training results.

The course also features the coverage of the analysis and application of the radar resources for the better management of decision making, paying due attention to the safety of navigation and effective SAR operations. The trainees who have successfully completed all parts of this course will be considered familiar and knowledgeable about all aspects of the radar navigation at management level, including the operation and use of all associated equipment. 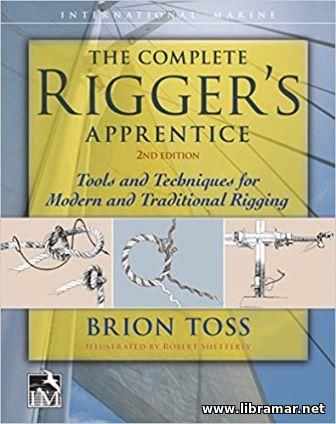 This is completely updated and thoroughly revised latest edition of one of the best volumes on sailing rigging. From the moment of initial release of the publication, it has gained worldwide popularity and is now treated as the perfect training reference for both maritime professionals and just weekend sailors. The contents of the book will help both categories of sailors significantly improve their skills of rigging.

The author is the Master, sharing his great practical experience with the intention to expand the traditional ropemaking essentials to ensure that the readers have been given nicely prepared information on the modern instruments and worked techniques. It is a truly comprehensive textbook on the basic gear as well as established procedures and principles. The readers will be able to adapt the techniques contained in the book in their day-to-day operations.

Note there are many practical and money-saving tricks on the latest equipment and its use, good designs and materials in use. Many illustrated tips for knot making and splicing the ropes have been included. The readers will also benefit from the guidelines to inspection and technical maintenance of the rigs. Of course, the safety aspects of rigging, including emergency procedures, have all been duly addressed.