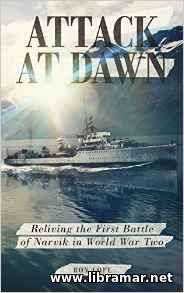 First of all, it should be noted that the present title is not actually intended to mislead readers into considering it a serious work of naval history. Ron Cope, the author of the volume, leaves that to those with far more professional abilities than he would claim to have. However, he believes it should be considered as being the first definitive record of accounts from those who were actually involved in the First British Battle of Narvik.

It comprises their own experiences regarding how they managed to survive after the battle and also escape capture by the enemy. The author's position is that he cannot vouch that all the accounts are fully factual although from the sheer volume that we have been able to gather, there must be a lot of truth. However, he can definitely confirm the crew members of the 2nd Destroyer Flotilla were there and during the ensuing years were still able to describe what they had witnessed.

In addition, the author had to accept that all the information obtained by him from the crew members' families and friends, passed on either verbally or in the form of paper documents or tape records, is indeed true and fully correct. His efforts has eventually resulted in this perfectly researched and informative publication providing readers with the insightful and important content. 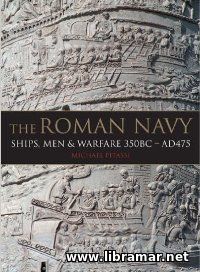 The Roman Navy or, more accurately, the naval forces of the Romans, quite often consigned to more than a couple of paragraphs in many accounts of Roman military endeavour. In fact, it was for over 800 years one of the integral parts of the armed forces of that state of the Romans and it became the first super-power Navy of the world.

It was the tool by which Rome achieved domination of the western Mediterranean region, which enabled her expansion into the areas that surrounded it and the very foundation of her empire; it was naval forces that enabled the Romans to conduct the intervention and eventually to dominate the Eastern Mediterranean region and the lands of the near east.

It was a naval campaign and a sea battle that resulted in established and secured power for the very first of all Roman emperors, and it was actually the navy's domination that enabled trade and the total economy and industry of the whole empire to flourish, free from the scourge of piracy and to an extent not equalled until the twentieth century.

Finally, it was the loss of that domination that was a vital factor playing critical role in the disintegration and, as a result, ending of the Western Roman Empire... A definitely must-have publication for every person having some interest in the history of Roman Empire and it's Navy forces, in particular.

THE GONDOLA PHILADELPHIA & THE BATTLE OF LAKE CHAMPLAIN 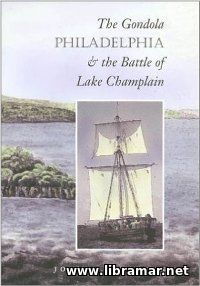 This publication will tell readers about one of the veterans of the American Revolutionary War, namely the Continental gondola Philadelphia, which is the oldest intact warships, being currently on display in North America. It was recovered from the bottom of Lake Champlain in 1935. The ship was fifty-four foot long and armed with three cannon and eight swivel guns.

In the sixty-four years since her recovery, no one has produced any analysis of this vessel or the associated artifacts. In his work, archaeologist John Bratten details the history, construction, tools, armament, utensils, personal items, and rigging elements of this famous gunboat, taking advantage of contemporary records in order to describe the ship's artifacts... The Philadelphia is one of the oldest warships on display - a relatively small craft having only about fifty feet in length and forming one of the parts of the flotilla frustrating the first major effort of Great Britain to divide and subdue her American subjects through cutting off the New England from the southern and middle British colonies.

The Philadelphia was launched from one of the American shipyards into the Lake Champlain in 1776. Her construction was following the order of the Congress which came with the realization that all American attempts for taking Quebec and neutralization of the British Canada failed in the first year of the Revolutionary War... 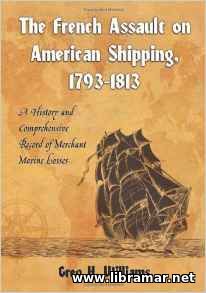 This publication has been initially planned to serve as a comprehensive accounting of the losses that were sustained by the merchant marine fleet of the United States at the hands of French privateers as well as the public vessels, officials and administrators in the course if the Revolutionary and Napoleonic eras in France.

Obviously, it is nearly impossible to know the correct number of the ships, and have the accurate information about their value or the value of the transported cargoes that have been either confiscated or destroyed, both legally and illegally. In some cases portions of the cargo on board the vessel were taken in a port or even at sea and then the vessel was release, and it was not every time when they paid for it. In other cases the crew members of the vessels were removed, robbed or even killed... That is why it is very difficult to get the exact numbers and the author of the volume had to work with the approximate estimated figures...

THE ART OF MEDIEVAL TECHNOLOGY — IMAGES OF NOAH THE SHIPBUILDER 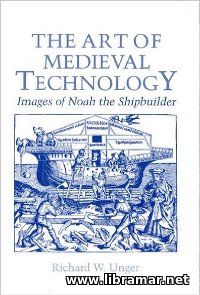 The author of this title is the world famous and renowned professional in the field of the European history. The publication contains the results of his work on Noah which began being a part of the search for the images and illustrations of the ship sand ship construction in the Medieval times. During this work, the author found numerous very rare materials valuable for his own study and also for the history of art.

All efforts have been made to get the proper understanding of how the medieval artists approached different technical matters. The information found by the author was not actually consistent with the sayings of the most of art historians. This study of Noah is heavily relying on his earlier works on the European shipbuilding which was actually planned as a combination of the new technical knowledge about the design of the vessels of medieval era obtained in the course of the archaeological researches.

Richard Unger did a really great job conducting the examination of a huge number of illustrations of Noah building the ark. The ones selected for the inclusion in this volume are demonstrating the very close and complex connection between the work of the artists and technologist, and also represent a portion of a pattern of change in the way the technology is shown by the artists.

THE BOAT BENEATH THE PYRAMID 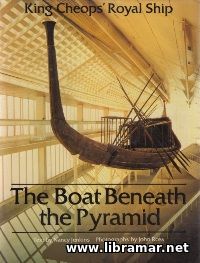 This book prepared by Nancy Jenkins is very well produced, it contains numerous beautiful pictures contributed by John Ross. The text of the publication presents a conventional view of the main purpose of the boat. In fact, not too many of the archaeological finds are of a really great interest to a wide public; most of them are interesting only to quite limited number of people whose life is dedicated to this science.

However, from time to time some of the finds coming along stimulate the public interest, and one of such finds is the Royal Ship discovered in 1954 and presenting a very rare example of the well-reserved historical vessels with the condition allowing for the complete reconstruction. This vessel is more than four and half thousand years old; however, the hardware and timber parts were found to remain sufficiently intact. The completely reconstructed vessel is now resting a in special glass enclosure close to the Giza pyramids.

And the story told by the author of this publication, which is interesting not only to the historians but also to the non-professional readers with general interest in the history, is very-well told allowing all categories of readers to learn something new and get aware of the facts that are commonly quite difficult to meet in most of the other books. 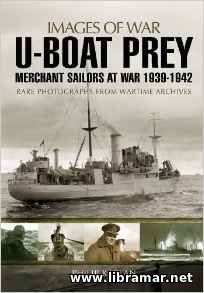 This perfect title prepared by Philip Kaplan together with Jack Currie, lets readers have a close look at the very rare photos obtained from the wartime archives. Nice book for everyone interested in the naval history - it features so many dramatic pictures of merchant ships and rare archive photographs.

The main content of the book has been arranged in ten big and well illustrated chapters covering the development of the aircrafts, description of the sub-types and variants, providing some information of the F82 service during the Korean War, and some other interesting info, supplemented with the final chapter addressing the removal of type from the war theatre in 1952. A very brief contents - Merchantmen; Merchant sailors; Hunters; Will she starve?; Liberty ships; The hunted; Tanker; A cadet's story.

Take some time with this publication and we are pretty sure you will not be disappointed. Real photographic images of the real merchant sailors, their activities, vessels they served, their duties and dangers - this all has been covered. The content of the publication presents a good combination of the nicely written narrative text and excellent professional photos that give the readers a full clear picture of the actual life of the merchant sailors of the past.

NICOLAES WITSEN AND SHIPBUILDING IN THE DUTCH GOLDEN AGE 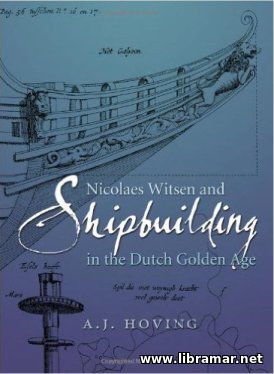 This title was released to address the important aspects of the Dutch shipbuilding in the XVII century, which is a really inaccessible area of research. The problem is that the earliest written sources of relevant information appear only in the late 1600s. The whole wealth of the information presented by Nicolaes Witsen in his first work was a bit hidden under the formulation and quite chaotic structure.

It still remains the extremely valuable publication that needs and deserves careful attention of the readers, and this is what the author has tried to do within the present book. The main content of this volume has been arranged by the author in four big chapters; the first one is introductory, while the second chapter provides readers with the information on how the vessels are constructed in Holland of today, The third chapter of this work addresses the contracts used as the historical sources of information.

The last chapter of this title is conclusive in nature and summarizes the previous chapters. The text of the book has been expanded with the informative tables of comparison between shipbuilding formulas, technical factors of the early ships, key to the ship parts, and several informative drawings for better understanding. The Glossary of the relevant terminology has also been provided.